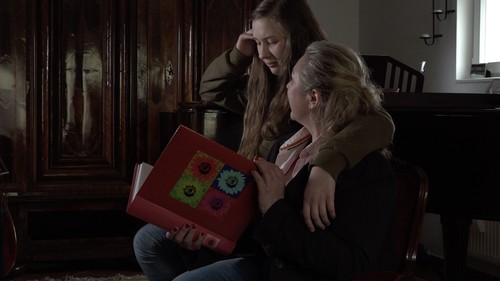 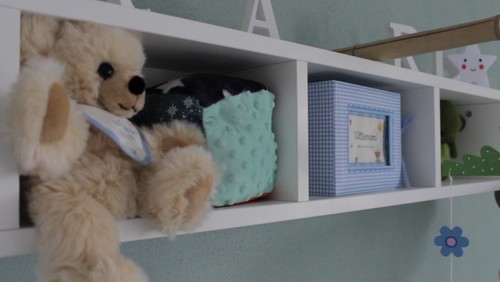 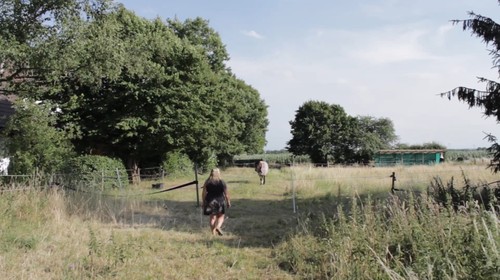 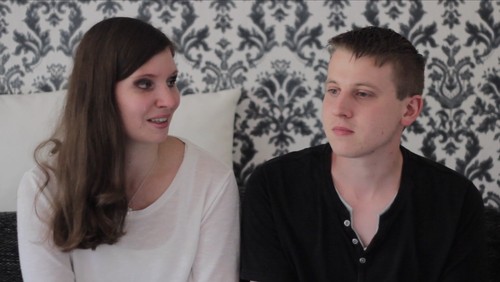 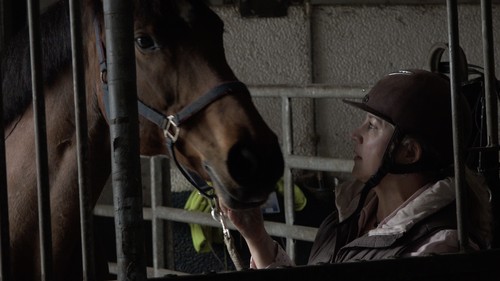 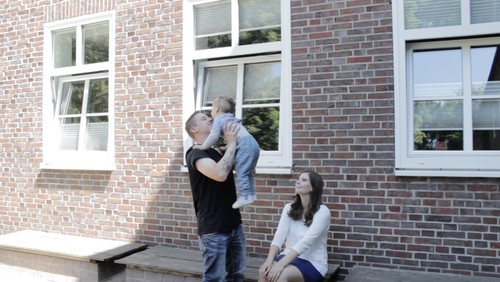 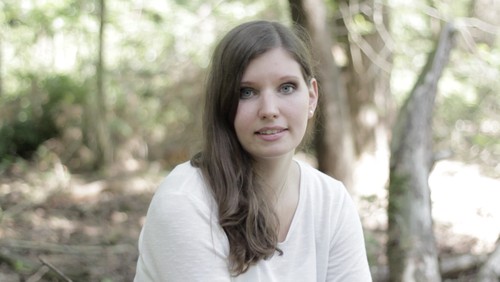 „I don’t want to show my face today because the subject of regretting being a mother is a taboo subject in our society. To say that you would rather have remained childless arouses outrage and anger. Regretting mothers don’t get understanding, but contempt“ says blogger Christine.

Regretting motherhood, published by Israeli sociologist Orna Donath triggered a controversial debate with immense ideological hardening – a public issue that is intimate, painful and individual at once. Our film highlights three mothers who regret their motherhood but really love their children, and looks for causes and possible solutions. For the first time, regretting mothers were brought in front of the camera.

Just turned 36 and still without a child – Kristina Schippling thinks about her situation over and over again. Is it okay not to want a child? A friend draws her attention to the phenomenon „Regretting Motherhood“ and the book of the same name by Orna Donath. She also buys a second, german book by Christina Mundlos. So there are not only childless women who regret childlessness, but also the other side. Kristina finds it exciting.

So she begins to search among her circle of acquaintances: For a good friend, her children are simply everything; she could not imagine life without them. Even an acquaintance, who is currently single, wants to have a child of his own and dreams of a family. Nicol, whom she has known for a long time from joint projects, is the first who really opens up on a joint car trip. Little by little, three women, friends and acquaintances of the author, who have the courage to talk about it in public, open up: We regret that we became mothers! Each story, each experience touches in its own way.

Stefanie (26 years) and Nicol (50 years) are in the foreground. Interviews and everyday scenes with the two women are supplemented by conversations with Christine, the blogger who in the film makes her way from anonymity into the public eye. Nicol, for example, speaks of by far the biggest cut in life when a woman has a child. Again and again the love for her child appears, but also exhaustion, excessive demands and effort. Nicol as a pedagogue and Stefanie as a children’s book author have chosen professions that show their love for children particularly clearly. The contrast is all the stronger when they speak of feelings of regret. The sociologists Orna Donath and Christina Mundlos (Christina Mundlos: “Wenn Mutter sein nicht glücklich macht”, 2015 –[nbsp] “If being a mother does not make you happy”) show further facets – and report on the violent hostilities up to threatening letters to which they are exposed for their scientific work.

So often Stefanie Bunjes stood in front of one of these semi-detached houses and dreamed of her family happiness. The 26-year-old occupational therapist and four-time author of children’s books has been a mother for two and a half years and now lives in one of these semi-detached houses with her husband Thomas, but happiness hasn’t really arrived yet. Instead, Stefanie experiences her role as a mother as a constant up and down of an emotional chaos that overwhelms her. After a traumatic birth and postpartum depression, we accompany Stefanie and her family through everyday life. How often is she now standing at the window and wishing she could just spontaneously walk out the door, be alone, be free, but this is no longer possible, there is her little son Felian, who needs care. Stefanie often cries, and although her husband tries hard and Stefanie loves her little Felian very much, she feels totally overwhelmed and would love to give her child back – so much she regrets her new role. When asked why Stefanie doesn’t want a babysitter, she says she doesn’t want to entrust her child to a stranger, she loves him so much and is afraid for the little one. Stefanie is at home, her husband works and supports the family.

The film project has inspired Stefanie to write a new book and while preparing for the film she even finished her new book: „Tränen, Liebe, Freiheitsdrang. Mein schwerer Start ins Mutterdasein“ – “Tears, Love, Desire for Freedom. My difficult start into motherhood”. We accompany her to a mother-child group and are there when she first starts working again. She enjoys her work, she explains to us that she would actually recover from home here. At home the work is „non-stop“, the constant care of the child, here she can simply take a deep breath. She has also got a new car since our last visit, so she can finally go to work and grab the little one and go out into the forest for a few hours. But in the mother-child group Felian does not want to participate and is forced to join in. The cheerfulness seems artificial, Stefanie does not feel well. After a few attempts to take Felian for a walk in the woods, Stefanie finally gives up, the child would simply be too wild and untamable. She prefers to wait for her husband to leave the house and feels robbed of her freedom at home. Felian is also hardly interested in painting or reading aloud, he prefers to romp around. Things that would bring joy to the young mother are too boring for the child. When Felian finally comes to kindergarten, he resists, he doesn’t want to leave his mother. Stefanie is faced with a new problem. At home alone she cannot relax, she is constantly thinking about her little one and worries.

Christine also writes – but anonymously on her blog “Blowballs for Mom”. The blogger of “Blowballs for Mom” doesn’t want to show herself at all, because she has been regretting her motherhood for years without interruption and often can’t really love her two boys, but is only under stress. She anonymously submits audio recordings to us. After years of constant regret about her motherhood, stress, overstraining and depressive moods due to the overload, she has no clear goal in sight. She has just moved back home and her two boys are now in school. After some time, Christine’s situation has turned around 180°: despite the many possible dangers and hostilities, the blogger is now ready to show herself in front of the camera for our team – with all her regrets and all her negative feelings. Christine explains to us that she has now started a trauma therapy and has discovered that she is a highly sensitive person, i.e. very sensitive to sounds and smells. She also tells us that the exchange with the other mothers in the group was incredibly helpful and gave her a lot of strength. These mothers are also a reason why Christine now dares to show herself in front of the camera. Again and again she advises them to be honest and to talk about their dark feelings. She would contradict herself if she hid herself all the time. She wants to start her own business and work again. Her goal is to help other women and mothers with their feelings through her work. So many have now come forward and comment on her articles. She knows that she is not alone, that the number of unreported cases is incredibly high. For her there is a reason to fight and to spare other women a lot of suffering. She has also started a mother’s group on the subject of „Regretting Motherhood“ and is looking forward to the first meeting.

Nicol Natascha is currently in the middle of a divorce from her husband and father of her daughter Maxima. She looks exhausted, tells us that she is happy that her ex-husband has left. Nicol feels liberated. Then the media educator and teacher tells us that she used to be a wild rocker chick and didn’t want a child at all. Only out of love she would have given her partner the child. And he also wanted to take care of her and have a baby. But when the baby was born, he had forgotten the year off and wanted to do a doctorate. Nicol watched his back and took care of the baby and also worked while her husband took the time to write his dissertation in quietness. She is now separated, Maxima is now 13 years old – mother and daughter have a great relationship with each other. „Now finally it’s great with my daughter,“ says Nicol – now that she’s grown up and the two of them can do a lot together, like riding.

Half a year later Nicol has a new boyfriend. She also invited our author Kristina to her birthday party. Together they both dance to the cover songs of the band “Backenfutter”. A large circle of friends came. Nicol proudly gives a speech and thanks her new partner and daughter and all who came. The next day we talk again about our topic “Regretting Motherhood”. In the stables with her beloved mare Caipirnha Nicol starts to talk. She has often regretted her decision to become a mother. There were years in which she only functioned, in which she was no longer herself at all. Everything she was, riding the motorbike, riding the horse, the parties, it was all hard to do with the child and made it much more complicated. And the lack of sleep was added to that. She was constantly exhausted and overtired. We also talk to daughter Maxima. She has understanding for her mother. Maxima talks about the boys at school for the first time, she is no longer a child. Nicol and Maxima fly to relatives in California on vacation. Before, there was even an argument between the two of them, but now they have gotten back together. Nicol explains to me that she would not have been so brave in the past and would not have stood by herself and her needs. 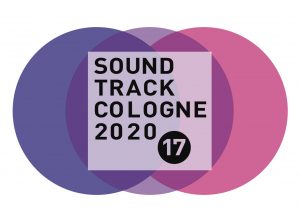 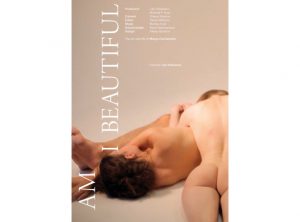 What does it take to make it as an artist in Russia today?… END_OF_DOCUMENT_TOKEN_TO_BE_REPLACED 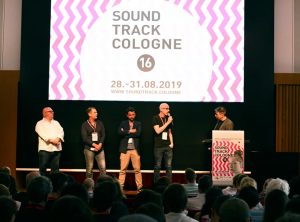 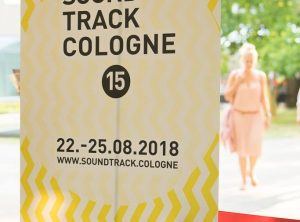 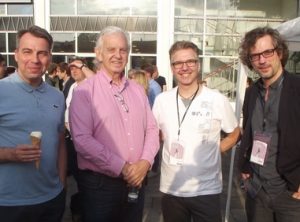 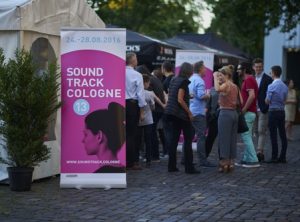 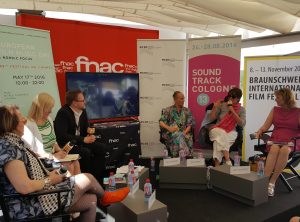